Veronica Wipes the Face of Jesus

Brave but trembling came the woman,

None but she would flaunt the Roman,

Moved by love beyond her fear. 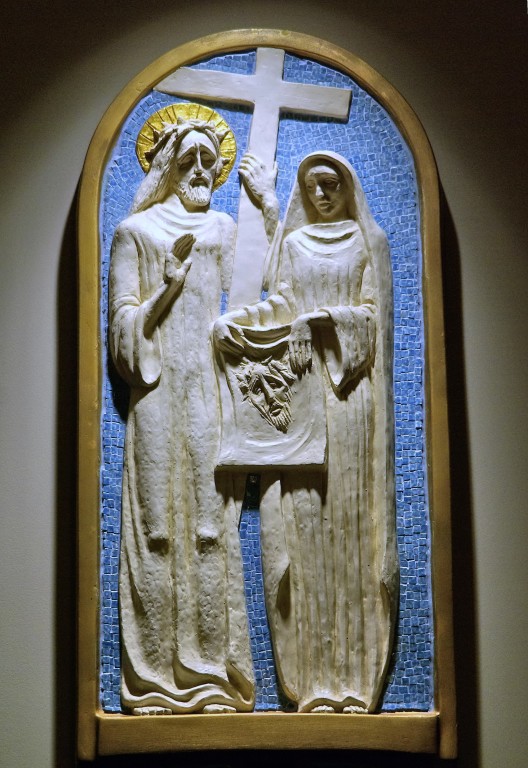 Stations of the Cross –

commissioned for the original church building. 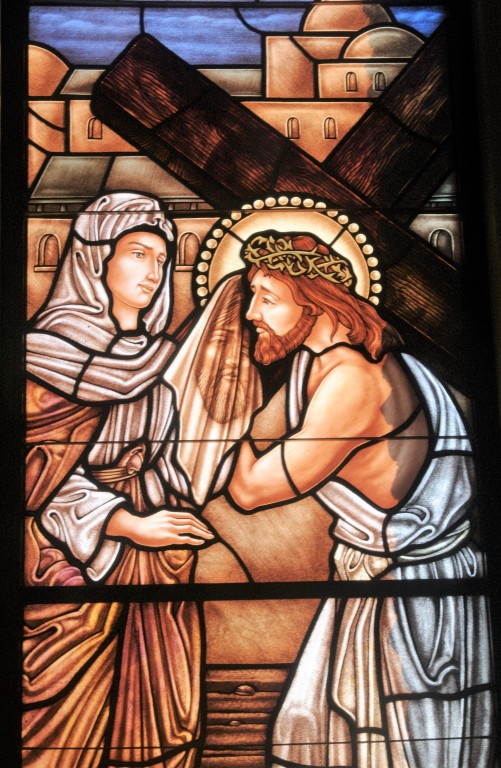 In Memory of Dr. Charles Horn

For Roman Catholics throughout the world, the Stations of the Cross are synonymous with Lent, Holy Week and, especially, Good Friday. This devotion is also known as the "Way of the Cross," the "Via Crucis," and the "Via Dolorosa." It commemorates fourteen key events on the day of Christ's crucifixion. The majority concern His final walk through the streets of Jerusalem, carrying the Cross.

The Stations originated in medieval Europe when wars prevented Christian pilgrims from visiting the Holy Land. European artists created works depicting scenes of Christ's journey to Calvary. The faithful installed these sculptures or paintings at intervals along a procession route, inside the parish church or outdoors. Performing the devotion involved walking the entire route and stopping to pray at each "station."

The original Holy Spirit Church was built in a contemporary interpretation of the historic Christian Romanesque style. The characteristics of the church where enhanced by the artwork of local artist and University of Alabama professor Frank Engle. Mr. Engle was commissioned for several pieces of artwork in the church, including the fourteen Stations of the Cross that were cast in deep relief in large framing panels. The Stations of the Cross are among the most highly personal and successful of Engle’s pieces (Commemorative Book, Dedication of Holy Spirit Church).

There are no comments yet - be the first one to comment: